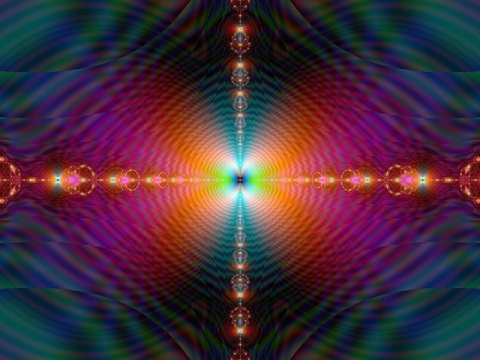 Writing without an agenda.
This is an experiment
With spontaneity.

Is this a poem?
I don’t know.
There are no rhymes.
Or maybe some will pop up.
Spontaneously.

Writing is how my soul breathes.
When I stop, I suffocate.
Sorry if it annoys you.
I’m simply keeping myself alive here.

I can’t go for a walk, it’s raining.
Well I could still go but
I usually do it after lunch.
In the morning I write.

There is too much I could write about.
Sometimes it’s just frustrating to have to choose.
So I said to myself:  “Why choose?”
Why not be spontaneous.

Spontaneity is scary.
What is the next line going to be?
What if something ugly jumps out suddenly?

Heh! heh! heh!  It is a mystery.
Flirting with the unknown.
It’s involuntary.

I might lose control.
Should I look behind?
What if I lose my mind?

Who will take over
If I let go of my own senses?
Chaos, Cosmos or Cyclops?

Should I stop here?
Or should I continue…

Too much of it might get boring.
Yeah, breathing does get boring.
But I have to keep going.

If I hold my breath
My face will turn blue.
I would not want that.
My blue hand is causing me enough trouble.
Do I want a blue face to match it?

I know what I’ll do.
There is a word count
At the bottom right.
It’s at two sixty eight.
When it gets to 1000
I will stop
No matter what.
Even if I’m not finished.
Now THAT is scary.

It’s like approaching death.
The death of this blogpost.
The end of it.

I still have six hundred something words to go.
What will these words be?
Maybe I should write something important.
Which reminds me…

My father used to say:
“Shut up if you have nothing important to say.”
Daddy must be very disappointed in me right now.
Sorry dad, but you are dead now, so I am free.

Can the zombie hear me?
Is it disrespectful to refer to my dead father as a zombie?
Will God punish me?
I just broke commandment number three.
No sorry it’s number five.
I just checked.

I don’t think I’ll make it to 1000 words.
At the word “word” it was only 400.
It’s never too late to say something important.
To make my father proud of his illegitimate son.

Now why did I write the word “illegitimate?”
This was really spontaneous.
What does it actually mean?

Illegal?  Against the law?
Born of unmarried parents?
But my parents were married when they had me.

Illegitimate also means illogical or incorrectly deduced.
Maybe I am not my biological father’s son.
When I was young I sometimes felt like I was adopted.
Because he didn’t like me much.

But I look so much like him.
I’m sure he’s my real father.
Even my personality matches his almost perfectly.

So that’s not it, I am his biological son.
Why did I write illegitimate then?

The word also means “not genuine.”
So does that mean that my father is not my genuine father?
What does genuine mean?
Thank God I have a dictionary.

What did I just say, again, spontaneously?
Thank “GOD” I have a dictionary?
God?  Who’s God?

My genuine father perhaps?
Of course, God the Father.
But who would that god be?

Allah?  I think he’s the same as Yahweh.
Bhagavan Krishna?  Yeah, perhaps…
Since his son Krishna is sometimes painted blue
I foresee a definite possibility.

I already wrote a blogpost entitled “A Real Father”
So why am I still writing about this.
Do I miss my daddy?

How can I miss an unknown person?
Well…  I think that if one wants to know the father
All one has to do is look at the son.

The son would be me.
So the father would be just like me.
This means I have a pretty cool daddy.
LOL!

This is spitting in the face of Christianity.
My mother would not be proud of me.
Some of my sisters would spit back at me.
In fact they already have.

One told me that I had been seduced by an evil spirit.
Another said that my ideas were satanic.
The third one agreed with the first one.
The fourth one is not sure.
The fifth one is not bothered by the rest and accepts me.
Yes, I have five sisters.

So where am I going with this?
Nowhere.  I’m being spontaneous.
I have just revisited my family.
I visit them virtually and rarely physically.

I am a lonely bastard.
And I think that this is the way I like it.
I enjoy my own company.
I think I am funny.
I don’t need my brother to make me laugh.
Yes, I also have a brother.
He’s a clown.

Why did I use the word “clown” to describe my brother?
Let’s look it up.  A clown can be:
1-  a performance artist often associated with a circus
2- a person who acts in a silly fashion
3- a stupid person
4- a man of coarse nature and manners; an awkward fellow
5- one who works upon the soil; a rustic; a churl.

Yup, that pretty much describes my biological brother.
Not to be confused with my cosmic brother Jahele.
Two very different individuals.

So I had to conclude at one point that I had two separate families.
One down here and another up there, in the clouds or above them.
I’m related to one by blood and to the other one by spirit.