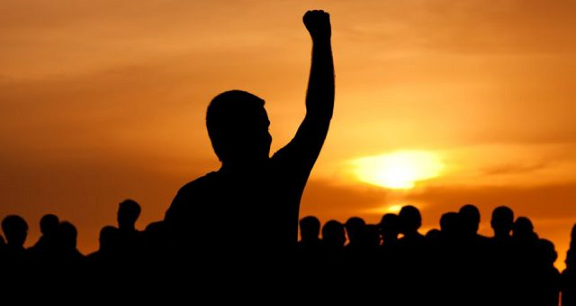 Now I accept the unacceptable
And don’t respect the respectable

My new flag is colorful
And my briefs are edible

My dreams are probable
And my fantasies plausible

My shoulders are huggable
And my lips are kissable

My thighs are touchable
And my excitement is visible

My ideas are unconventional
And my secrets discoverable

My hunger is insatiable
And my thirst unquenchable

If I find you irresistible
Oh man, you’re in trouble

This morning I had a strange dream.

I was walking alone in the desert, thinking about my girlfriend, the problems we have and how to solve them.

Then this guy riding a bike came along.  He stopped beside me and removed his helmet.  I recognized him from a previous dream.  His name was Harley Davidson.  He smiled and said:

Maybe next lifetime
Possibly
Until then, old friend
Your secret is safe with me

A wrongdoer manipulated my life, like an abuser experimenting with a youngster.  He turned me into a wild animal.  I’m the product of someone’s playful mischief.  Aren’t we all?

My body is a defective vessel — a vehicle which will expire.  Something or hopefully someone will come out of it alive.  A different dummy shall step out of it and face a new reality.

But right now, what am I to do?  Be gloomy?  How can I not be.  I’m this weird creature, controlled by even weirder ones.  There is no way out.  Or is there?  I must wait for the metamorphosis to occur.  I wish the process would accelerate.  Is suicide the answer?

Is killing my body unnatural?  So many do it.  Has it become the norm yet?  We all do it gradually.  Life does it naturally.  I can make myself sick physically.  It’s easy.  But I stubbornly keep my body healthy.  Why?  Maybe because it hurts when I don’t.

But now my soul hurts.  Is it better to have a hurting spirit?  Having to drag this body along is painful.  And when it dies, what kind of body will I be given?  Who will decide?  Maybe I will be able to choose.  My angel said he could shapeshift.  Wow!

I can’t wait to have a shapeshifting body.

My dominant plays god.  That’s what he does.  My evolution would happen naturally if only he would let it be.  But he wants to play divinity.  Prick.  And I’m stuck under his authority for a while.  Like I have a say in what I let my children do.  But kids grow, and sooner or later we lose our authority over them.  It’s a liberation process.  How long will this go on regarding this Daemon?  Does it depend on me or on him?

I am enduring but not so patient.  Let go of me, bitch!

So I ended up here, in this environment.  But still, he has a hold on me. 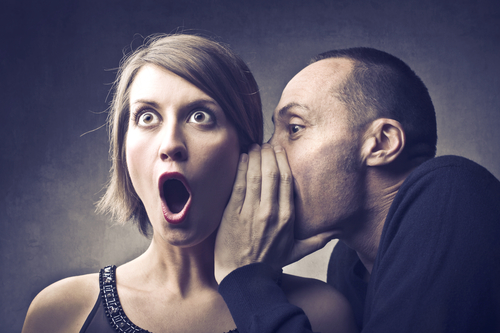 I have a secret.  I’m not going to tell you what it is because…  it’s a secret.  But if you have been reading my blog, you probably have figured it out already.

I’m in love.  But I’m not going to tell you who the person is because…  it’s a secret.  But if you have been reading my blog, you probably know already.

I’m ashamed.  But I’m not going to tell you why because…  it’s a secret.  But if you have been reading my blog, you probably have an idea.

I’m not suggesting that you should read my blog.  I don’t want anyone to read my blog because…  it’s private.  But if you have been reading it, no damage was done.

I’m in love.  But I’m not going to tell you who he is because…  you don’t know her.  Unless you know yourself.  Then you know already.

I’m ashamed, because of my…  exposure.

I don’t know if I shall ever be willing to give up this fear within.  This fear of what would happen if they’d ever find out my secret.

Are secrets meant to remain hidden?  Apparently not.  Is this fear a friend, or is it an enemy?  Does fear come to haunt me or is it there to protect me?  I can’t tell you because I don’t know.

Meanwhile I will probably keep on writing, to relieve myself of this burden I carry.  A secret burden which is, paradoxically, light.  A load that opens up freedom within me.

I did something unusual two months ago. I went ahead and rented myself an apartment.

My wife thought I was planning a divorce but no, this was not my plan. I don’t want a divorce, I don’t even want to separate, I just want my own place.

It turns out that my wife doesn’t want a divorce either, and now she is happy that I got my own place. At first she was shaken a bit and didn’t know what to think, but as the weeks went by she got used to the idea, and today she is glad and says that we should have done this a long time ago.

So why stay married?

There are many reasons why we both want to remain married:
– the children (we have two aged 13 and 11)
– no interest in getting romantically involved with anyone else
– material and financial benefits
– our friendship

I took the risk. I knew it would shake things up but wasn’t sure how she would react. I expected the worst but hoped for the best.

The logic I used was quite simple, really. I thought: “She spends so much money buying useless things for herself, why should I not spend the same amount for something useful that might actually make us happier?”

“Happily married couples don’t do this,” some say.
“Well I honestly think that they should,” I reply.

Maybe long-term marriages would be happier if couples would stop forcing themselves to live under the same roof 24/7.

We are, first and foremost, individuals. I think that the phrase “and the two shall become one” is bullshit. Two people never become one except in fairy tales.

This move, along with some other minor financial adjustments, has solved all of our marital problems. Now our marriage rocks. 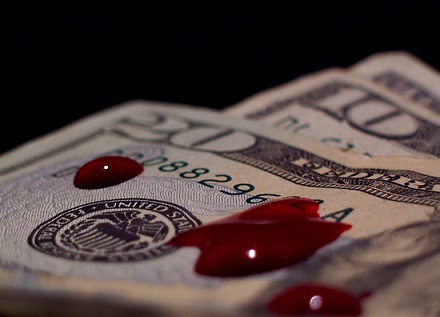 Why did they make society so complicated?

Money gives them the illusion of power.  It makes them believe that they control everything.  They see only superficially, and they think:

“The innocent belong to us.
We own them all.
We can make them do whatever we want.
We can purchase their land and their activity.
We can even buy their fidelity.
We give them a little and make them crave for more.
We make them believe how wonderful life would be if they had more money.
They must want more, that way we can make them do whatever we want.
The innocent will do anything for it,
even things they don’t want to do,
even kill each other.
We need to keep them busy.
We need to keep them worried.
So that they won’t have to time to stop and think.
Their desire for more money must override all other thought.
They will never realize what is happening.
How stupid they are.
We have the power!”

Wake up, brothers and sisters.  They don’t own us.  And we don’t need their blood money. 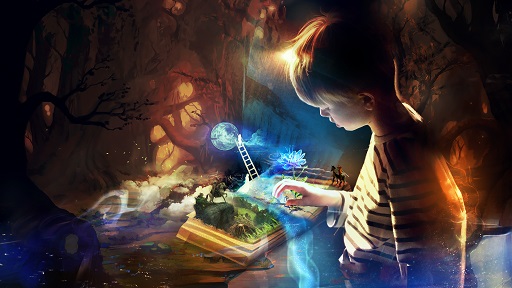 When I was young, I didn’t know anything.  I looked at the world and didn’t know how to interpret it.  “What is this and what is that?”  I asked.  My parents told me what they knew — what they were told.

When I was 5 years old, my parents entrusted me in the hands of a man who was tall and intelligent.  They had no choice.  The law dictated it.  This old man’s job was to tell me how to interpret the world.  His name was Mr. Noitacube.

On the appointed day, I hesitantly went to his dwelling, a large rectangular building.  When he saw me, he told me to sit down, keep quiet and listen:  “This means this!”  he told me.  “This means that!”  he reiterated.  “Repeat after me!”

I listened to him.  I was afraid.  I repeated after him, everything he said.  It was not pleasant, and believe it or not, this went on for 13 years.

The day I was allowed to leave the rectangular building, with a score card in hand, I was so happy and thought I was free.  After that I grew up, I became older, my awareness expanded, I became bolder.

I thought about Mr. Noitacube and everything he had told me.  Something was wrong with the way he had instructed me.  He never taught me how to interpret the world myself.  All he did was give me his interpretation.  His version, this one mental representation, had become my sole perception of reality.  Why was I never allowed to see things my own way?

I am not a child anymore.  I think I’m as intelligent as he was.  What would be my interpretation of the world if I had never been entrusted in the hands of Mr. Noitacube?

“Daemon, you are not a loser, you have power and you are allowed to play with fire.  Forget everything Mr. Noitacube taught you.  Reinterpret everything from scratch, based on your own experience and research.  It will be hard work but it will also be highly rewarding.  Warning:  If you play with fire, expect to be fired.  You will be discharged, dismissed and criticized.  You will be removed, terminated and forced out.  You will be sacked, driven out and chased away.  You will be attacked, blasted and shot.

But this fire will also inflame you in a positive way.  It will enkindle you, stir you and passionate you.  It will provoke you, set you ablaze and raise you.  It will fuel you, charge you and recreate you.  It will change you, transmute you and eventually, set you free.  And this, my son, will make you…  everlastingly happy.”

Most people spend their lives looking for love.  I spent my life looking for freedom.  Love too, but freedom was always first.  Love was easier to find than freedom, so I settled for love.  I thought I might find freedom in love.  Bad love took away the little freedom I had.

I hate love, in a way.  Love is a freedom sucker.  Or maybe it’s marriage…

Marriage promised me love but it didn’t deliver.  All my attempts at love scalded me.  Eventually both the motivation and ability to love were lost. And so was freedom.

Today I am stuck at home with three kids and three cats.  Just like yesterday and the day before.  I am blessed.  That’s what they say here:  “You have beautiful kids, you are blessed!”

Indeed, I am “blesse-d”.  The word blesse in French means hurt, injured, wounded, offended.  (My first language is French by the way).  So I don’t mind being told that I am blessed.  I just smile, nod and reply:  “Yes indeed, I am so blesse-d, you have no idea.”

I got sidetracked.  I was talking about freedom.  So, yeah:

There is very little freedom left in this world.  We are free to obey and free to choose what kind of slave we wish to be… to serve society.  Free to pay taxes, free to vote for assholes, free to buy all the useless junk we want.  Vive la liberté!

I can’t just run outside, jump and dance, run and fly freely like the animals do.  I’d be dead within a week.  Humans are so fragile.  Seems like we were never meant to be free on the outside.

So where’s the freedom?

What if I am not mentally sick after all?
What if it’s my environment that is crazy?

From the moment I was born, I was forced to:

THIS IS A SET UP
I was set up

What if I am not mentally sick after all?
What if I have been forced to adapt to a crazy environment?
And I can’t, I just can’t, because
I was never meant to live like this