Following my experience with people, and the realization that I was being lied to, the descent into hell was quick and unhindered, like a freefall.  Nothing could stop it. 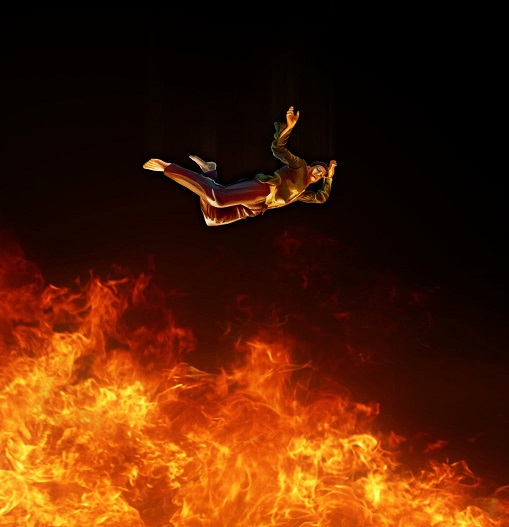 Hell is depression and depression is hell.  To me those two words are synonyms.

I was more than hurt.  I could not believe that loved-ones could lie to me like this.  My whole belief system collapsed and I lost all my reference points.  It’s hard to explain, it’s like nothing made sense anymore.  All the connections I had with reality disintegrated in one day.  All the connections I had with people became meaningless.  I even lost my faith in God.  The concept of a loving Father became absurd.

I couldn’t even think anymore.  I was totally lost and unable to grasp logic.  It felt like I had fallen from a cloud and was now trapped, caught, stuck in a dark place, chained to the ceiling in a room with no light and no door.  I was finished, alienated and annihilated.  My spirit was dead.

I booked an appointment with a psychiatrist because I didn’t know what else to do.  I was diagnosed with major depressive disorder and prescribed the highest dose of antidepressant allowed by law.  Plus sleeping pills because I could not sleep anymore.

I became an automaton, able to function and perform my duties but emotionless, clueless and pointless.  No pills could cure me.

This hell lasted eight years.  I’m not going to go into all the details because it would be useless.  What I want to get to is how I was rescued, which will be the subject of my next blogposts.

One thought on “Hell”